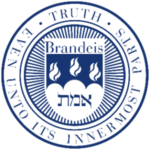 Part of the duties of the Center for Youth and Communities is extensive research in the form of surveys. The CYC conducts multiple evaluation studies, some of which contain upwards of 2,000 surveys to be read. Previously, the Center for Youth and Communities sent their surveys to a third party data entry firm for evaluation. This process, however, proved to be quite costly with thousands of forms needing to be processed.

Alan Melchior is an Associate Director and Senior Fellow at Brandeis University’s Center for Youth and Communities (CYC). Part of the Heller School for Social Policy and Management at Brandeis, the Center for Youth and Communities is a “nationally-recognized evaluation, research, policy, and capacity-building organization dedicated to preparing young people for education, work and life.” The CYC collaborates with nonprofit organizations, foundations, and government agencies across the United States in an effort to “improve the quality of education, workforce development, and community systems in order to prepare young people for college, work, and life.”

When deciding on a solution, Alan was intrigued by the flexibility that Remark Office OMR offers. The ability to design user-friendly surveys that included their styles of questions appealed to Alan. Moreover, Alan was also drawn in by the “relative affordability” of Remark Office OMR with a “modest investment in software and equipment.”

Alan describes the software as being easy to learn and operate. Undergraduate research assistants are often tasked with reading the data, and they have been able to quickly pick up the process. Alan notes that the product’s improvement over time has generally improved the time spent scanning. Alan said,”Remark was a major change for us, significantly reducing the cost of conducting surveys and, as a result, reducing the cost of conducting evaluations for the small nonprofits we often work with. In some cases, we were paying up to $2.50 per survey for manual data entry; we estimate that processing a survey via Remark costs about $0.25 or less.”

Notably, between 2006 and 2013, the Center for Youth and Communities conducted an annual evaluation for a national environmental education organization. The evaluations included pre-program and post-program surveys for students participating in classrooms across the United States, ranging from 500 to 3,000 students each year. Forms would be scanned using a Fujitsu scanner by student employees over the summer, and synthesized in a data report in the fall. The completed files were saved as SPSS® files to be analyzed. Text captured from open-ended questions were typed into an Excel spreadsheet where it could be coded and analyzed.

Alan and the CYC like to be able to design their own survey forms using Microsoft® Word, as the Center for Youth and Communities aims to send out user-friendly surveys. The CYC appreciates the ability to create forms that meet their needs, rather than conforming to a pre-existing format. Additionally, Alan appreciates the option to export the data to SPSS and maintain the field definitions. This saves the staff from having to create a completely new data dictionary. Alan also likes the Review Exceptions feature. The ability to view the survey where errors appear has made the process of cleaning the data much more efficient.