Most people see Remark Office OMR as a test grading and survey collection product exclusively. However, many users are finding unique applications for the product. In this article, find out how Glenmoore Eagle Little League uses Remark to make sure that its best players are evenly distributed among its baseball teams, ensuring that games are more evenly matched and more exciting for the players, coaches, and parents.

Creating fair and balanced little league teams is a very complex process. Glenmoore Eagle Little League strives to create teams with a 50/50 win-to-loss ratio, making the season enjoyable for all the children and parents. In the past this goal was achieved by manually entering talent ratings of every child into a spreadsheet. This was a painstakingly slow process, so three years ago they started using Remark Office OMR® to scan and process player evaluation forms saving an enormous amount of time and effort for the volunteers who perform these functions. 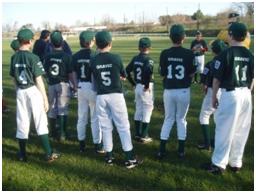 moore Eagle Little League has 640 kids registered to play baseball this spring from the ages of 5 though 18. All kids are placed on a team regardless of their ability to play baseball and/or pay the registration fees. All players between the ages of 8 and 12 need to be assessed by the league for team placement purposes. The goal of the team placement is to divide the talent so that at the end of the season all the teams have a 50/50 win-to-loss ratio, making the season enjoyable.

Each player is assessed by 20 different coaches on a scale of 1 to 5 on a variety of different baseball skills. The skills include fielding, batting, throwing, running, pitching form, pitch velocity and pitch accuracy. Up until three years ago these ratings were manually entered into a fairly complex Excel spreadsheet. The spreadsheet was used to calculate a ranking for each player by their playing and pitching ability grouped by their age. These rankings were then used as a tool by the coaches at a draft to pick equally matched teams. Prior to discovering the benefits of scannable evaluation forms, coaches filled out forms for each player at the tryouts. After tryouts a team of volunteers spent hours of time reading the forms and hand entering the scores into the spreadsheet. The process took days or even weeks to complete necessitating an earlier tryout date and a long wait for teams to be selected and players and parents informed of their team assignments. 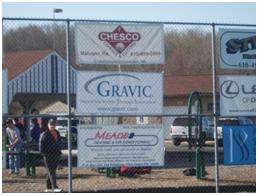 For the past three years the league has used Remark Office OMR with a scannable rating sheet to greatly simplify this process. The scannable sheet was created in Microsoft Word and a sufficient quantity of forms are preprinted for the tryout day. The scannable forms are double-sided, allowing up to 80 players per age group for each form. To simplify the ratings, player names are merged onto the forms when printed. Players receive two name tags- one for their chest and one for their back- with a corresponding ID number. These ID tags allow the coaches to easily monitor who each player is and match the player up with the ID and names on the scannable bubblesheet. Each coach gets a set of forms at the beginning of the tryout. Forms are bubbled in by the coaches while the players are put through their tryout. As the tryouts are usually early in the morning, held in a sweaty gym, the forms themselves are often wrinkled, stained and tattered by the end of the evaluation period. Right after the last player is finished, the forms are collected and turned over to the evaluation team who uses a copy of Remark Office OMR and a small Fujitsu scanner. Forms are scanned quickly and within one to two hours the job is complete and the player ratings have all been imported into the spreadsheet. The spreadsheet is then sent to the coaches and within a day or two, the player drafts and assignments are completed. As an all-volunteer organization, the time and effort saved by using Remark Office OMR to scan player rating sheets is greatly appreciated.

As part of our Gravic Way program, Gravic is proud to sponsor the Athletics of the Major Red Division this year. Go A’s!